She is a cosplayer living in China and an illustrator by profession.

She is a cosplayer living in China and an illustrator in her own right, and her official website on Weibo, Tiktok, Instagram, Twitter, and Facebook is full of comments about how cute she is.

I tried to find some of Xiaorou SeeU’s qipao photos and videos.

However, SeeU wears all kinds of costumes, from elementary school style to anime character costumes, and she can become any character she wants, so it was hard to find photos and videos of her qipao or even her Hanbok.

Here are some of the photos of SeeU’s qipao that I managed to find.

Xiaorou SeeU: A cosplayer beyond the world’s standards

The last three pictures are two-piece with a skirt underneath, so it can be said that the upper part of the dress is a Hanbok with the components of a qipao.

Here’s a video of the qipao with blue apron from this album.

There is also a video of a white qipao.

I was surprised to see the contrasting design of black piping on a white background, as well as Tiktok video. It’s pretty cute.

Here’s a video of the contrasting qipao.

For those of you who don’t know what I’m talking about, here’s a video of a Qin dynasty-style qipao. 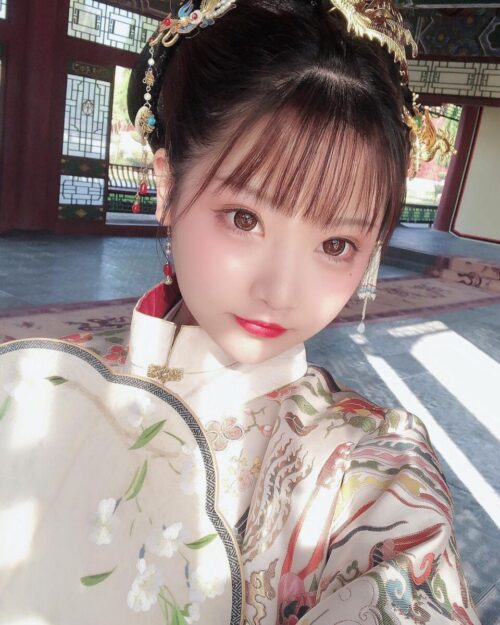 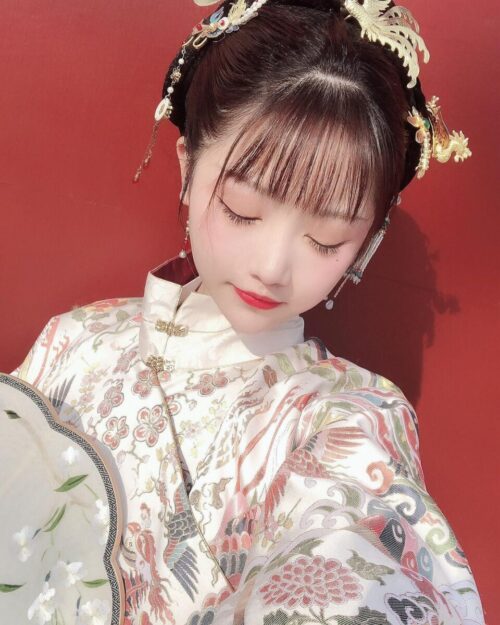 There are a lot of elementary school characters, girl anime characters, and girls cosplay, but the range is so wide that it’s hard to find qipao. Since flagpows tend to be older, there are not many flagpow cosplays in Xiaorou SeeU’s photos.

I finally found some Hanbok cosplay, but even Hanbok looks like big sister or adult clothes to her.

It’s not just Japanese nerds and old men who fall in love with girls, it’s probably universal. I thought she was a world-class cosplayer.

Liuhua Chikuang: Qipao in atmosphere of Republic of China

This site uses Akismet to reduce spam. Learn how your comment data is processed.